Advertising for Clash Of Clans

Why would you need to advertise for Clash of Clans? Well, you don’t – not specifically. Presumably, given the overwhelming popularity of the game, the Clash of Clans developers have more than adequately taken care of that.

There are reasons, however, why you might want to spread the word around a bit more than it already has been, some of which have to do with the game’s primary focus: the formation of clans, the organized groups of players which compete against each other online.

Whether you’re joining an established clan, for all of the benefits that that association might bring, or you’re trying to create your own clan – one of the most noteworthy achievements in the game – you might find yourself wanting to add a few more names to the clan roster.

You can advertise in global chat, work on your clan’s ranking, and focus on keeping only quality players in your clan; that way, you can create an attractive group for other skilled and experience players, strong assets to your cause, to want to join up with. When that’s not enough, however… how can you go above and beyond, to find yet more people to join your clan? 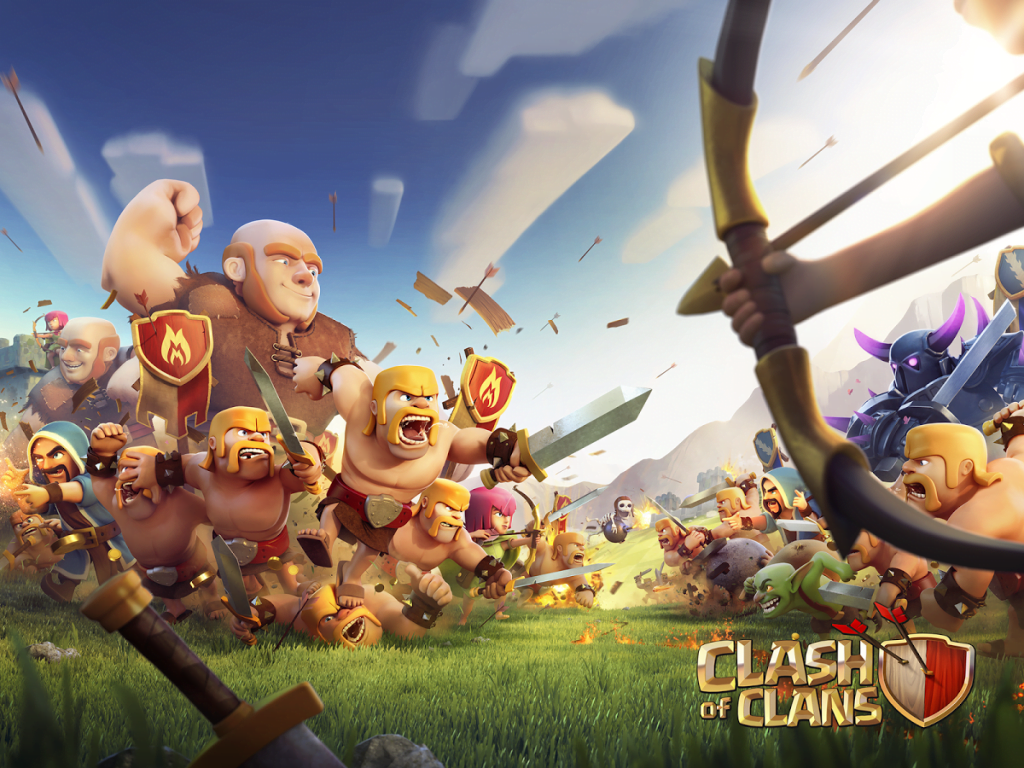 Talk to Your Friends

Do you have any friends, online gaming acquaintances, or other associates who might be interested in playing Clash of Clans with you, whether or not they already play the game at all? Many people have smartphones nowadays, and such mobile devices are the only thing required to play Clash of Clans… other than the willingness to download the game and get started.

With that in mind, it’s possible that you might know a few people yourself who would be interested in picking up the game, and who would be only too happy to benefit from the guidance and perks involved in joining a clan early on in their Clash of Clans career.
This is especially simple if the person you’re bringing on board doesn’t already play the game. There are a lot of virtues by which Clash of Clans can be sold, including the simplicity of its mechanics, the ease by which underlying concepts may be understood, and the simple “fun factor” of an exciting and competitive game to play with friends during one’s spare time.

Such a new player will be less skilled than one who already has some experience, but they’ll also most likely be easy to persuade to take up with your clan for protection. More experienced players might not be so eager if your clan isn’t especially large yet – they might even be more interested in facing you as an enemy (all in good friendship, of course)!

There are many places online where it’s possible to put a surreptitious advertisement for something you’re involved in… as long as it’s not too blatant. For instance, most internet forums, message boards, and bulletin boards have something called a “signature,” within which you can embed almost any kind of content… from a brief line of text, to HTML coding, to images.

Some websites even allow for videos in their users’ signatures, although such Sites are often so choked with content as to be relatively worthless for advertising purposes. That being said, a simple tagline – coupled with a link – can be inserted into your signature, turning every post and comment you make on a given Website into its own freestanding advertisement for your Clan.

There are many Websites dedicated to Clash of Clans, to online gaming in general, and to clan- or club-based online gaming. Many of these Sites provide locations within which you may legitimately advertise your clan, perhaps with a post dedicated solely to the purpose.

Some clan owners might even insist that their members each do something like this, at least once – if not on a recurring basis. This is a place where you can go wild: describe your clan’s goals, and explain why someone would want to join your clan, in greater detail.

YouTube.com is crowded with videos relating directly to the Clash of Clans game. People upload video tutorials, or simply record and share some of their favorite moments within the game… whether a resounding victory, or a crushing defeat (either one can be memorable).

YouTube comments are a notorious breeding ground for hostile and trollish online personas, but a short, well-crafted line encouraging players to give your clan a look can sometimes stand out amidst all of the chaos. Plus, with something so narrowly focused as a particular aspect of a specific online game, you’re less likely to have a lot of excess content and far more likely to see intelligent and perceptive commentary on the game itself.