In order to reach Town Hall Level 9 in Clash of Clans, you’ll need to spend 3, 000, 000 gold and wait 10 days for the upgrade to be completed. Upon the Builder’s completion of the upgrade, the Town hall will gain an additional 500 hit points and grant access to an additional 9 buildings. This includes 25 new wall sections, an Archer Tower, an Air Defense, a Wizard Tower, a Hidden Tesla, another Giant Bomb, 2 more Seeking Air Mines, and 2 X-Bows.

This new Town Hall allows you to purchase an additional Gold Storage and Elixir Storage for unlock, raising your potential maximum amount of resources to 8, 000, 000 for both types. This also allows you to upgrade both your Dark Elixir Drills from level 3 to level 6 to increase the production rate to 100 Dark Elixir per hour and the maximum capacity to 1, 800 Dark Elixir, at a cost of 12, 000, 000 Elixir and 18 days each.

On the side of defense, it is important to upgrade your single-fire turrets early on; however, it is up to the player to decide whether to invest in new defenses or to further upgrade existing defenses. Players can purchase X-Bows at a cost of 3, 000, 000 Gold and 7 days, as these turrets can target both air and ground troops; however, X-Bows must be loaded with Dark Elixir in order for them to actually operate. Players may also purchase an additional Hidden Tesla, as these take up less space than traditional defenses, can target both ground and air troops, and appear invisible when other players scout your base. 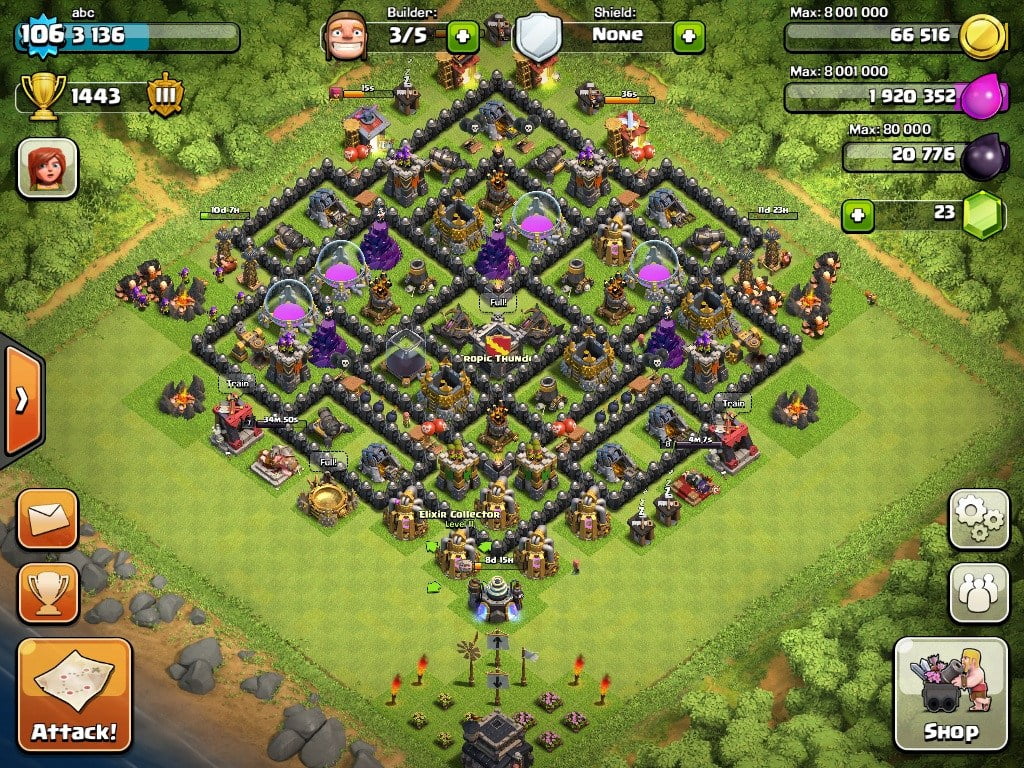 Big Bombs are useful for heavier troops like Giants, Golems, and P.E.K.K.A.s. Air Bombs and Seeking Air Mines are useful for a range of aerial troops, from Healers, to Dragons, to Minions. Upgrades to all of these traps increase the damage they cause and their rearm cost. Unique to most other traps, upgrades to the Skeleton Traps increase the number of spawned skeletons, delaying raiding troops from attacking your Town and stealing your resources.