Building a Mighty Clan Part I

So, basically, Clash of Clans is a game about running off all by your lonesome and defeating your enemies in a series of one-on-one engagements… nah, not really. Actually, the game is all about building clans, forming alliances, growing your forces, and taking out your opponents – which consist of other players who are for the most part trying to do the same thing.

Seriously… There’s always that one weirdo who wants to play the game for the sake of building up a civilization, only to stand gloating over its inhabitants’ everyday activities as though he were some sort of godhead, feared and marveled over by countless unthinking digital creatures; that being said, most people play the game with some intention of winning versus other thinking people in mind.

So, on that note, let’s discuss a few finer points on the subject matter of building a nigh-unbeatable clan. First off, in case you’re new: what is a “clan” in Clash of Clans? Some newbies (takin’ it back!) appear to be under the impression that a clan is what you’re building: the collection of walls and structures that allow you to produce units. That is not the case. A clan is an organized union of different players who pledge to work together towards a common goal. 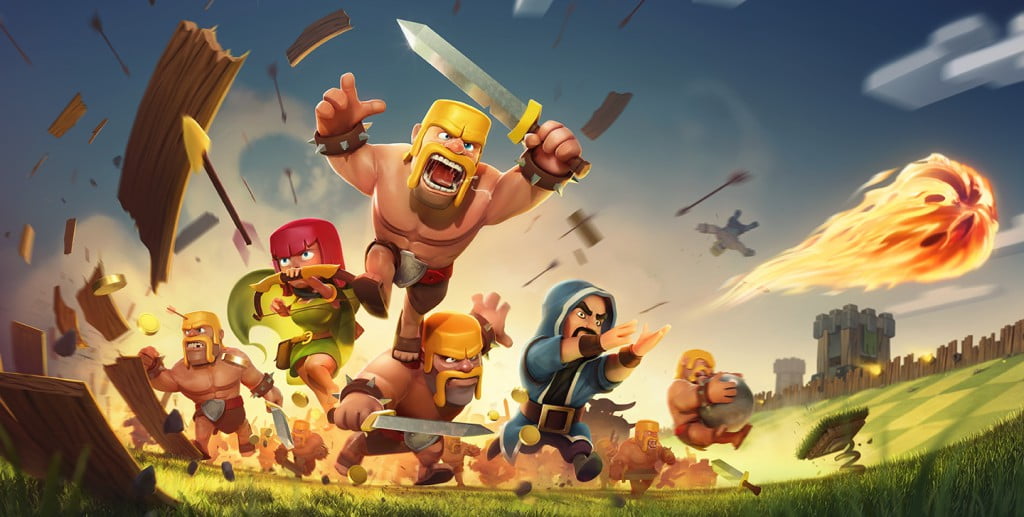 As is the case with many multiplayer online games, most notably within the massively multiplayer roleplaying game industry, Clash of Clans includes built-in programming to make clans “official” within the game. There are a lot of perks to starting your own clan, and… really, no major drawbacks; I mean, the game is called “Clash of Clans.” That’s more or less the whole point of it – by encouraging people to join or form clans, the game’s developers encourage people to bring their friends on board, thereby gathering more new players.

If you’re new to the game, or you’re at a low level – generally speaking, anything below level 60 – you should probably hold off on the urge to create a clan of your very own. You would be well-advised to look for an existing clan to join, in particular one that encourages new players to join up and learn how the game works in the process of playing it. Clash of Clans doesn’t have the steepest learning curve of any game around, but it does have enough complications of its own that you should learn what you’re doing before you set yourself up with a big shiny bull’s eye on the back of your… head.

Be Strong (with the Force… no, not really, just Be Strong)

When you create a new clan, be sure that you have a Town Hall that’s level 7 or 8 itself. When you’re the center of power for a clan, you want to look tough, otherwise other clans will smell an opportunity. What does opportunity smell like, you might ask (though you probably didn’t)? It smells like a level 6 or lower Town Hall – someone who’s not quite strong enough with their current base to head a clan, who was over-eager to get their own clan off the ground and running.

Figure Out What You Want to Do

Unofficially, in terms of how experienced Clash of Clans players view clans, there are more or less three different types. Hardcore clans are out to play the game, and win, through the aggressive use of clan-related tactics. Farming clans are designed to provide their members with additional resources. Finally, casual gaming clans exist for people who just want to have fun – without taking Clash of Clans itself too seriously (though many often do, regardless; the game is addicting that way).

Before you create your clan, figure out how you want to go about playing the game, and what strategy you want your new clan to help its members fulfill. If you want to create a casual clan, you really don’t need a lot of advice beyond what you’ve already been told – be prepared, and make sure both you and your town hall are at a sufficient level to hold your own while your clan is being built up.

If you want to build a farming clan, likewise, you don’t have to worry about much more than being clear about what it is that you want to do: farm for resources, for the purposes of gaining high-level troops.

If you want to create a hardcore clan… that’s a bit of a different story. You need to be ready to deal with aggressive players on your own team who might have different ideas about clan leadership than what you do.